This was a script I started back in 2004 / 2005, which Kevin Rose first popularized by “digging” it on digg.com. The idea of the script is really simple: it’s a free, open source script written in JavaScript, PHP and MySQL that lets you quickly generate large volumes of custom data in a variety of formats for use in testing software, populating databases, and scoring with girls.

This project’s always played second fiddle to my other big script, Form Tools. However, I’ve put aside Form Tools until May 2014 and once I’ve completed a few other tasks will be returning to this script.

There have been three versions of the script:

The original version. Not modular but contained most of the core functionality offered today.

With version 2, I rewrote a lot of the code to make the data types modular. However, I never actually pushed the version out of beta. It was substantially better than the first version in a number of ways, but I didn’t like aspects of it, so…

When I finally returned to the script, I decided to skip all the fuss with making 2.0 the main build, and just vouched for doing another re-write. It’s since been launched and can be found at generatedata.com. The entire codebase is found here on github.

Since releasing it, I’ve now received several great contributions from other developers. Take a look at the github repo for more info.

Latest posts from the generatedata.com project 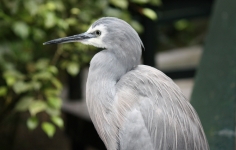